More than 40% of entrepreneurs in 35 of 50 countries agree or strongly agree that their motivations to launch a business are to make a difference in the world, according to the Global Entrepreneurship Monitor’s (GEM) latest Global Report. Switzerland tops for ease of starting and developing a business. 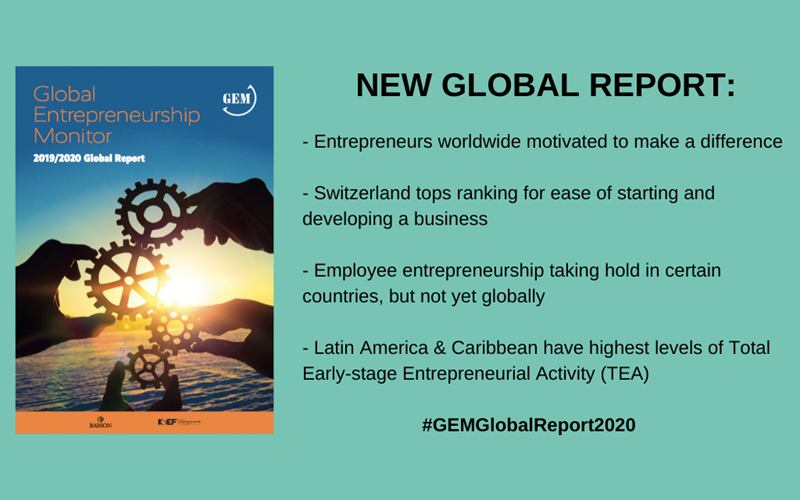 Many companies have put a priority on pursuing purpose in recent years. This finding indicates that so too are entrepreneurs. There were stark differences across countries: India, South Africa and Guatemala had the highest percentage of entrepreneurs whose motivations are to make a difference in the world. Fifty economies participated in the GEM 2019 Adult Population Survey (APS) and more than 150,000 individuals took part in extended interviews as part of the research.

The GEM results confirmed that accumulating financial wealth is also an important motivating factor. More than eight out of ten of those starting a new business in Iran, Qatar, Pakistan, India and Italy indicated that building great wealth or income has motivated them. This compares to less than two in ten in Norway or Poland.

Switzerland tops for ease of starting and developing a business

Last year GEM introduced the National Entrepreneurship Context Index (NECI), a measure of the ease of starting and developing a business. In the latest report, Switzerland topped these rankings among the 54 countries involved in the study, followed closely by the Netherlands, Qatar, China and the United Arab Emirates.

“This is testament to the investment done by Swiss cities and cantons, positive media coverage about entrepreneurship in the country, and an increase in corporate entrepreneurship,” said Rico J. Baldegger, Director and Professor of Strategy, Entrepreneurship and Innovation at the School of Management Fribourg (HEG-FR). “Many companies are investing in start-ups and this is making a difference. We also have a high level of diversity - culture, languages and disciplines, etc. - and this has been an important factor driving entrepreneurship.” 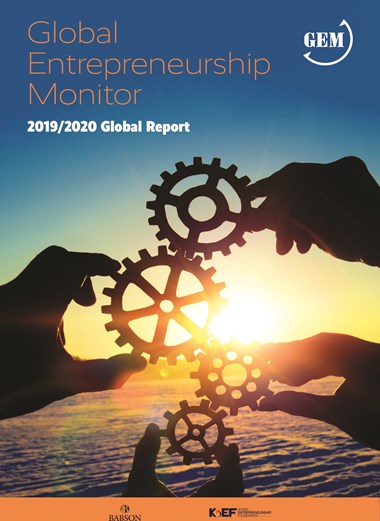 The Swiss chapter of the GEM study is led by the School of Management Fribourg (HEG-FR) in collaboration with other colleges such as SUPSI Manno in Ticino.